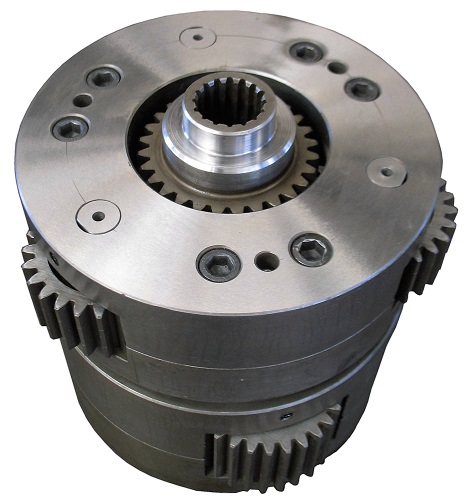 The axes of all gears are usually parallel, but for special cases like pencil sharpeners and differencials, they can be placed at an angle, introducing elements of bevel gear (see below). Further, the sun, planet carrier and annulus axes are usually coaxial.

Epicyclic gearing is also available which consists of a sun, a carrier, and two planets which mesh with each other. One planet meshes with the sun gear, while the second planet meshes with the ring gear. For this case, when the carrier is fixed, the ring gear rotates in the same direction as the sun gear, thus providing a reversal in direction compared to standard epicyclic gearing.